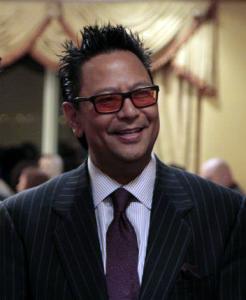 Alex Abuyuan was working 60 to 70 hours a week as an executive recruiter. He often spent time away from his wife Ginny and the couple’s children. He saw little room for advancement with his previous employer and had to find something better for himself and his family.
He prayed for something that would give him an exit from his existing job and an on-ramp to a new career and life.
“I never got to see my family and I saw no way that it was going to get any better by moving up; it was going to get worse,” Abuyuan said. “I was praying on my knees for a way out. I said, ‘Lord, I promise this time I will look at the next thing you send my way.’”
Luckily, a woman from Mary Kay didn’t knock on Abuyuan’s door. Instead, Abuyuan found an opportunity when Andy Albright called and asked if Abuyuan, “if he was open to making some money?” Abuyuan started on a part-time basis, but three months later it was time to flush the other job because he was cash flowing roughly $2,500 a week on a part-time basis.
“Thank God and NAA,” Abuyuan said.
Abuyuan and his wife and five children live in Centerville, Ohio. Abuyuan has made millions of dollars with NAA and helped others to also find financial freedom.
Abuyuan’s ultimate goal is continue to do great things with NAA, and through mission work and children’s charities.
“We want to help thousands of families get their father and mother back full time, creating a stronger family unit,” Abuyuan said. “We want to help orphan children missions in the U.S. and abroad. I want to teach my children the same success principles that Andy Albright has taught me.”

Our mission is to provide the best financial products with the kind of in-home, professional service that is second to none. Our operating credo is: "Your clients don't care how much you know until they know how much you care." We take a personal interest in each and every one of our clients. We believe that knowing our clients' wants and needs is the foundation to recommending the best financial strategies that will provide exactly what each client wants.